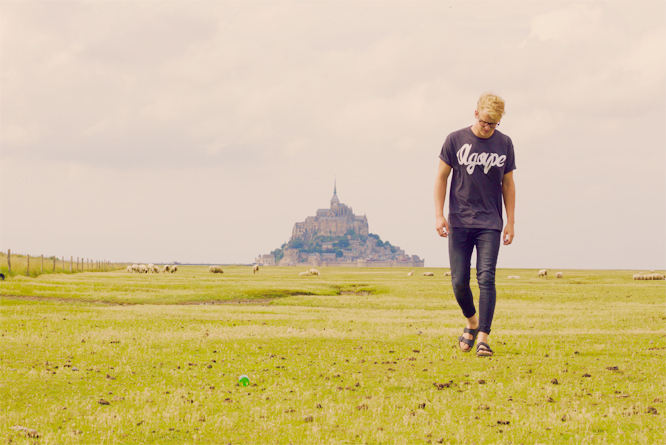 Here, we list the best ways to go to Mont Saint-Michel by bus or train from Dol de Bretagne : the closest speed train station from Mont Saint Michel.

From Paris take a train and then a bus. It is easy, we explain you in details in this article.

In Paris the train station to go to the West of France is Gare Montparnasse. From there you can take a direct speed train to Dol de Bretagne. The journey will take only 2h20. 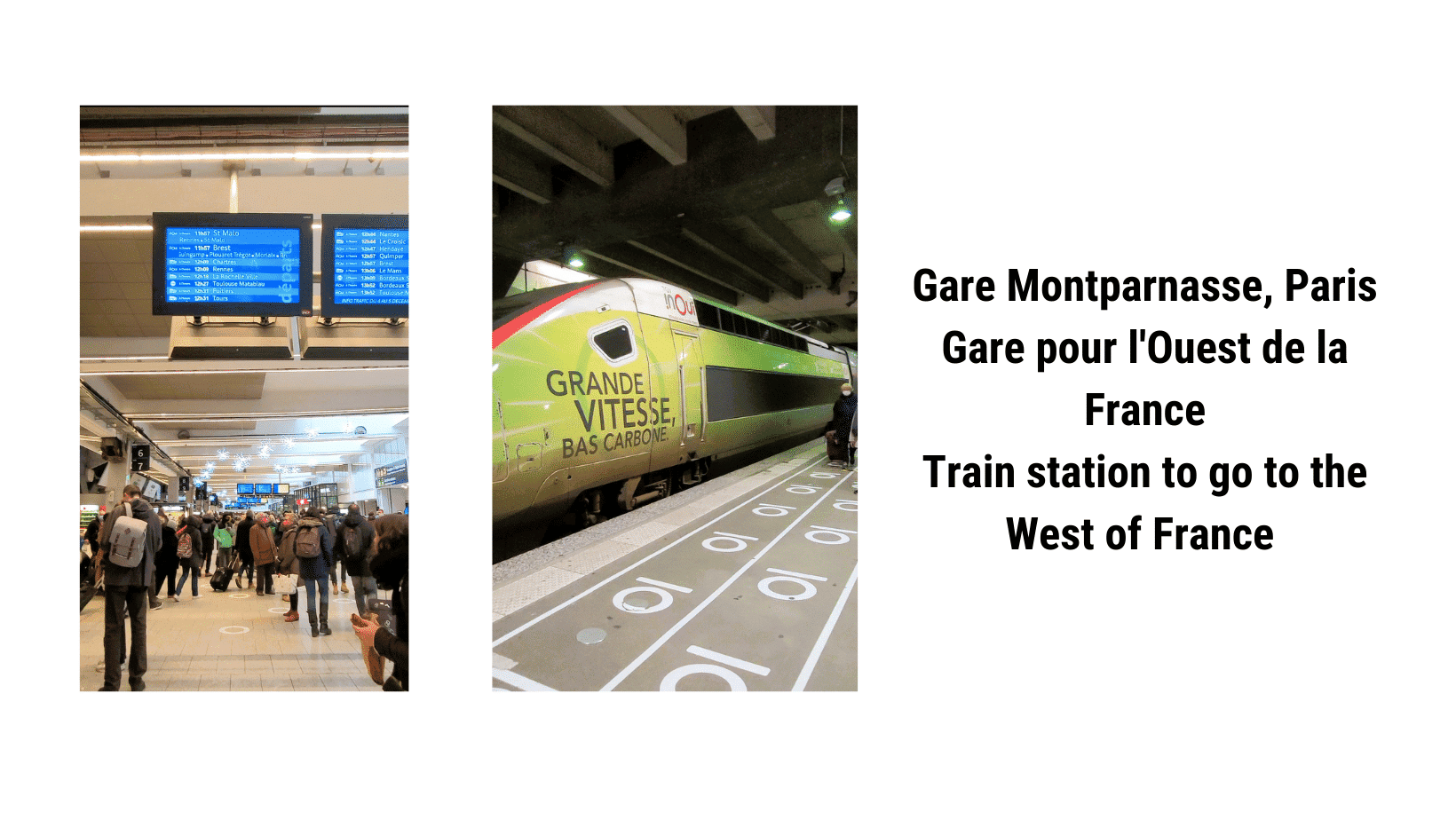 For a cheaper option, you can also take a low cost train called Ouigo from Montparnasse to Renne. In Rennes, you change to our local train called TER in direction of Saint-Malo (stop at Dol de Bretagne). In Rennes train station, 10 minutes are enough to change train, it is a small train station, use the underground corridor to change plateform.

Situated in the middle of a bay, the Mont Saint-Michel  welcomes nearly two and a half million people every year. This includes visitors, pilgrims and tourists. 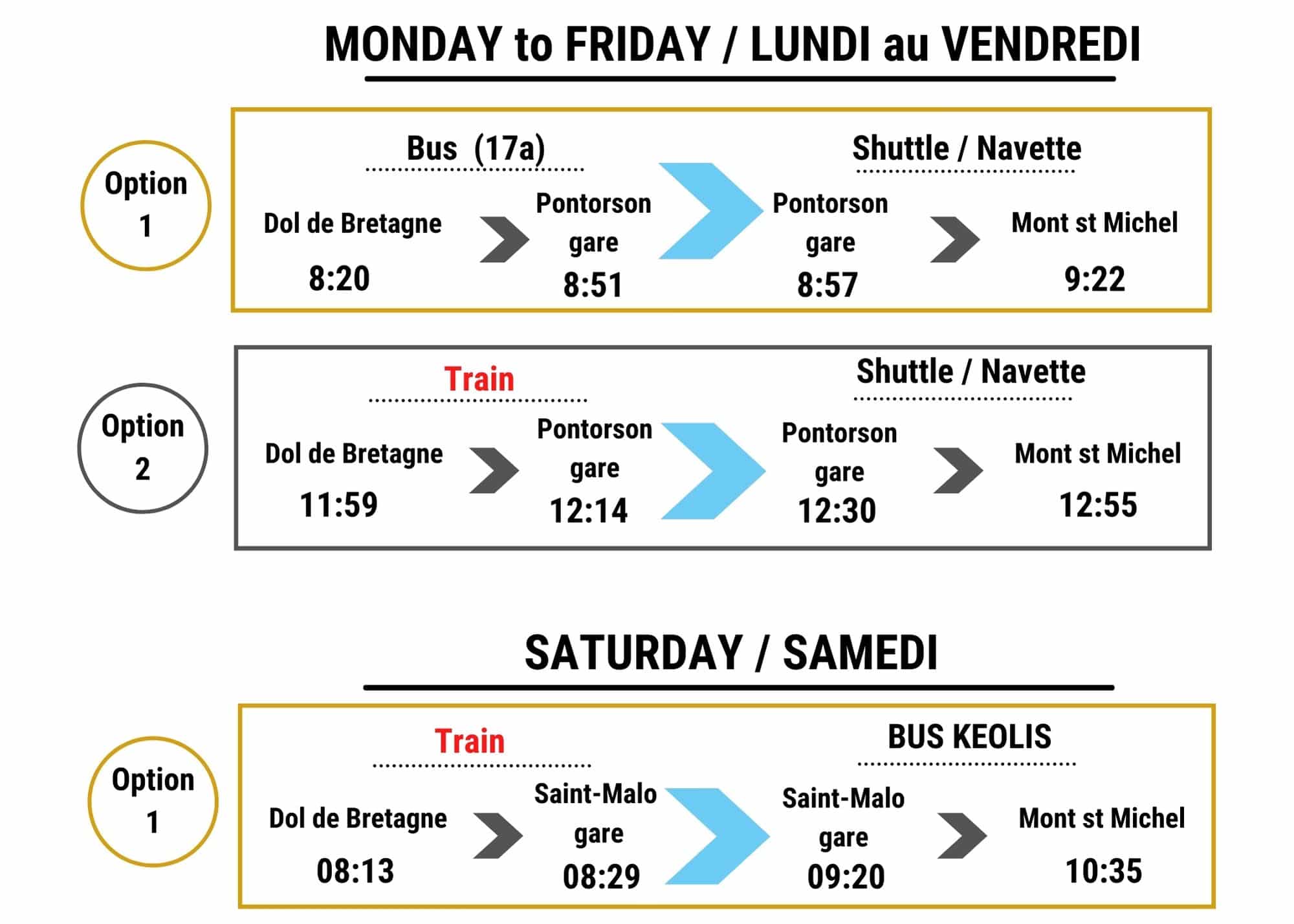 From Pontorson train station, take the shuttle that will drop you directly in front of the main door of the village. With this option no need to walk the 45 minutes from the parking lot to the mount. 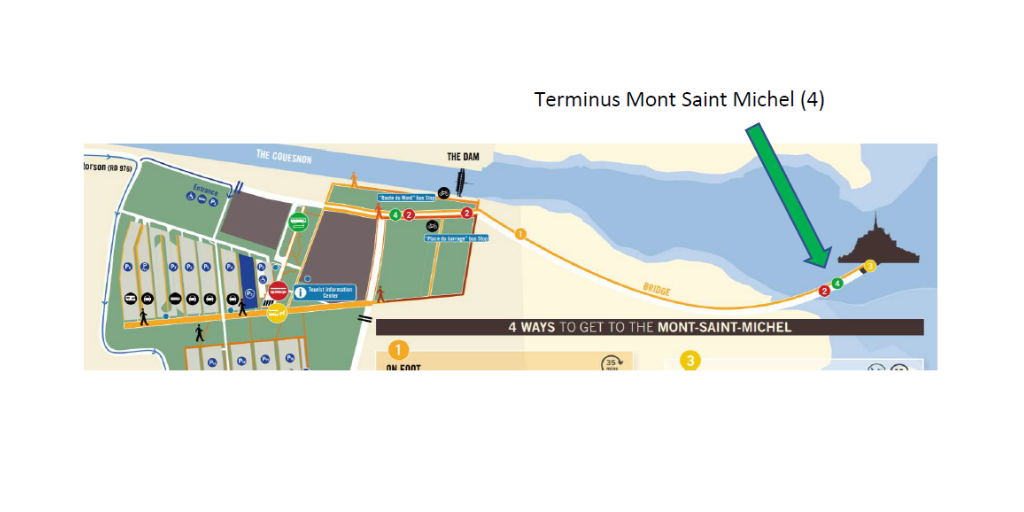 Finally, it’s now time to come back, you have to take the shuttle to Pontorson and then take the train to Dol de Bretagne. You take the shuttle called “Navette” directly in front of the main gate (see map). It takes more or less 20 minutes to arrive at Pontorson Railway.

Given that, during the week the Mont’s shuttle leaves you and picks you up at the location indicated on the map.

If you don”t want to take the bus to Mont Saint-Michel, we also can organize a private shuttle from Edd Hostel. In the morning at 9.00 and back at 5pm, the ride will be 30mins and there is 7 seats in the bus. It costs 20€/pers with a minimum of 4 participants.

Private shuttle stop for Edd Hostel is in front of the gate of the Parking 2 in Mont Saint-Michel. Book in advance only at reception.

Your journey is going through the village of Dol de Bretagne. Take time to visit it, it is a medieval town with houses of the 12th century.

-take a train to Dinan

Some advises for your day trip!

Advise 1: Tickets for bus can be buy with driver. Ticket for train can be bought online or at the train station. To use train in France, check our article.

Advise 2: Do not forget your mask to get in the bus to Mont Saint-Michel, you will need it also in the village.

Advise 3: Before your bus , do not hesitate to go to visit the village of Dol de Bretagne, you will love the medieval spirit, the cathedral and local businesses.

Advise 4: Buy a sandwich directly in a bakery in Dol de Bretagne. It is cheaper and much better that at the Mont !

Advise 5: Once you are in Mont Saint-Michel intra-muros, turn left after the town hall and get lost in the village. Don’t stay in the main street, it is for tourist, not eddplorers 😉

To avoid queue to visit the abbey, buy your ticket online.

For more info do not hesitate to read or other articles. To go to Mont Saint-Michel by bike read here our eddventure!