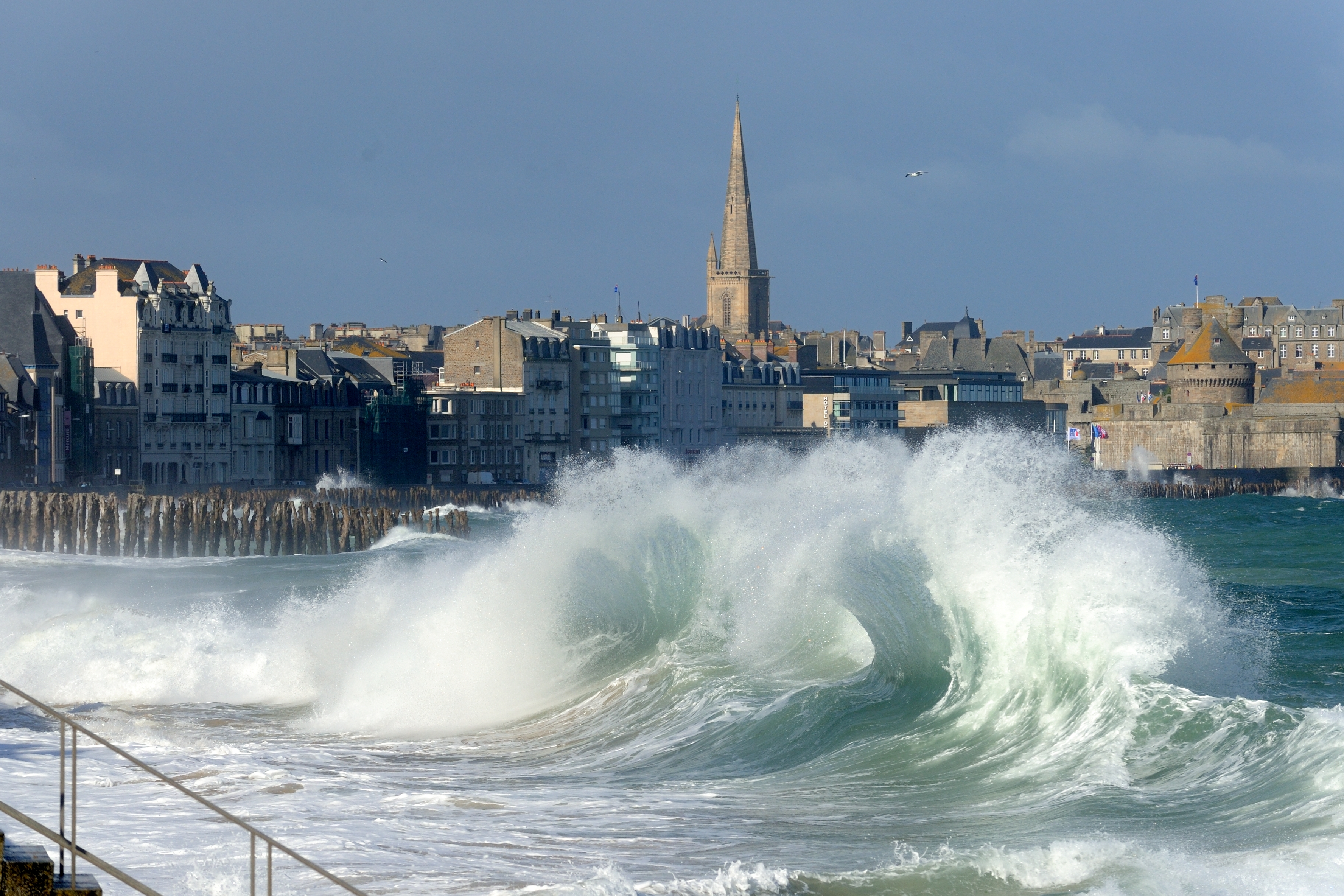 How to enjoy high tides in Mount Saint Michael’s Bay

This week, there will be exceptional tides in Mount Saint Michael’s Bay. That is why EDD Hostel team decided that it is time for you to get to know more about high tides in our beautiful region. We will explain you what it is, where it is and how to make the most of it =D

What is high tide by the way ?

Tides are the rise and fall of sea levels caused by the combined effects of the gravitational forces exerted by the Moon and the Sun, and the rotation of the Earth. I will not explain you how it is working scientifically because I’m not such an expert but let’s just remind ourselves that there are two high tides and tow low tides per day (around every 6 hours). The tides do not occur at the same hour each day and the amount of water during high tides is not the same neither, it varies.

The coefficient will indicate you whether this amount is low or high. The range scale goes from 0 to 120. But actually in the Bay of Mount Saint Michael, the coefficient never goes below 30 and goes to 118 maximum (which is already rare and exceptional !). When it goes so high, it is during full moon and new moon times because the Earth, the Moon and the Sun are almost on the same axis.

Mount Saint Michael is located at the bottom of the Bay. That’s why if the coefficient is below 90, you won’t really see the difference between low tide and high tide. That is not because you do not see high tide that the tide is not occuring 😉 But do not worry : above a coefficient of 90, you can still go to and come from the Mount. It is only when the coefficient reaches 105 and more that the last meters to go to the Mount are under water. To plan your trip, just know that from a coefficient of 90, the tide can reach the Mount. Below that coefficient, you will only see the sea from far. 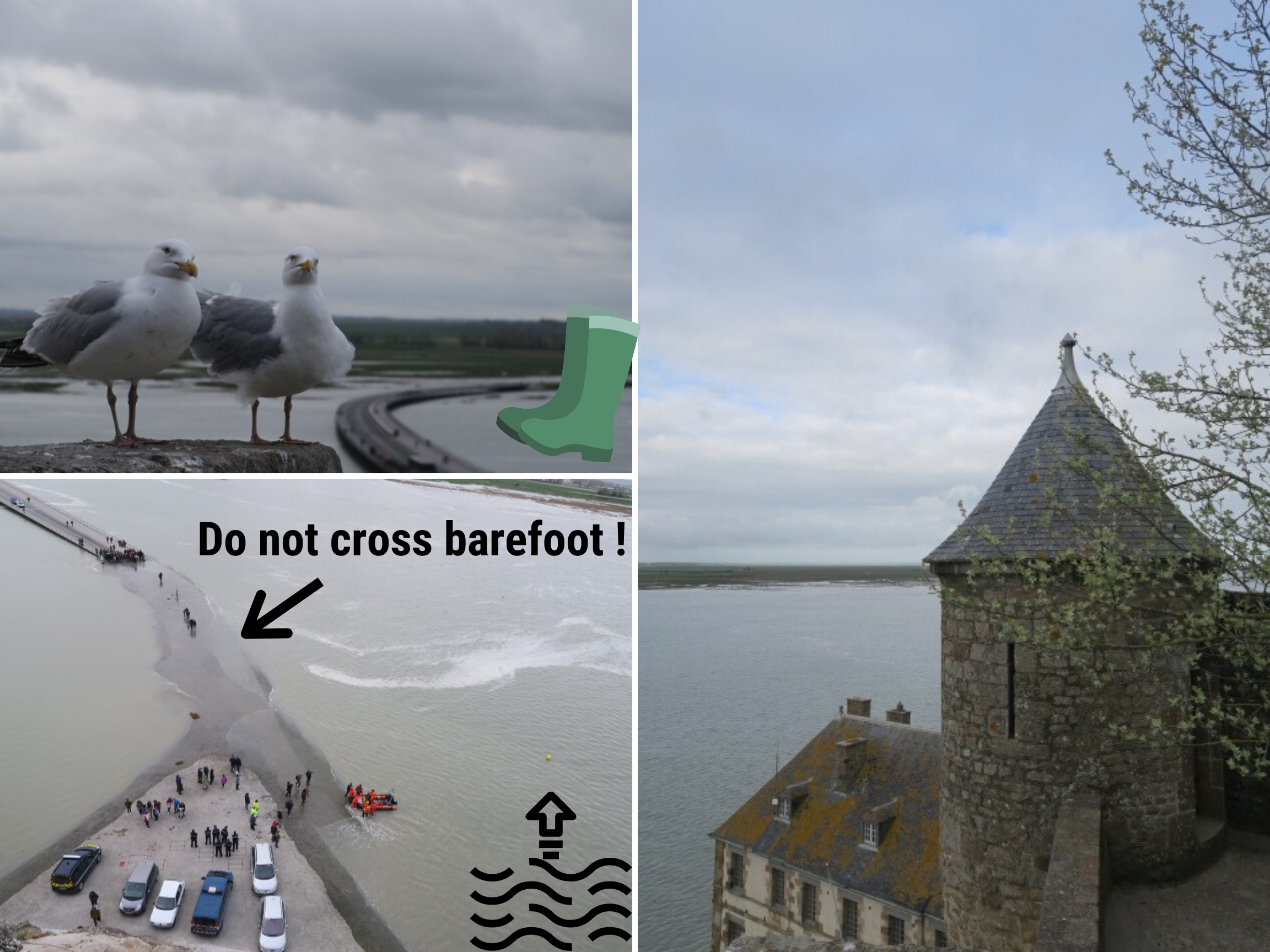 We often say that the Bay has the highest tides in Europe what water that can rise 13 meters. Actually this tidal range can only be seen at the “entrance” of the Bay. So this difference between low and high tide can be seen in Cancale and Granville (the two ends of the Bay).

Where can I see high tide ?

To make all your friends jealous, the must take photo is a sunset of the Mount, right ? The sun sets in the west, so go east to take a good picture. From “Grouin du Sud” at Vains-Saint-Léonard, the view is just breathtaking ! Near there, there is a museum “Ecomusée de la Baie du Mont-Saint-Michel” which is great if you want to get a better knowledge of the Bay. But you will need a car to go there. 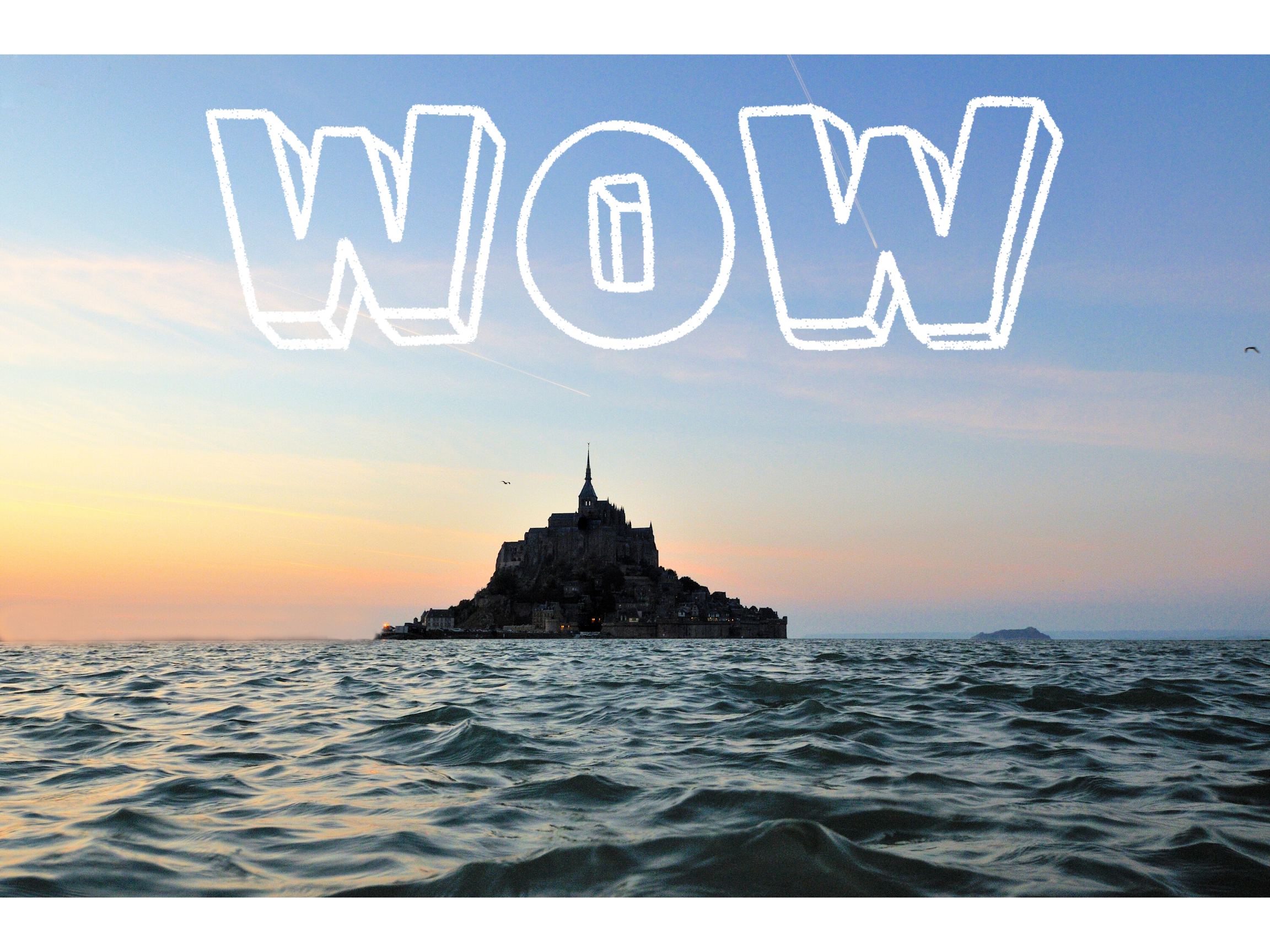 From “La Roche Torin” at Courtils, you can have also a nice view. One hour before high tide, you may see the “mascaret”. It is a wave which can be seen when the coeeficient is above 90.

One of the best spots is also Mont Dol (very near our hostel !). Did you know that ther was a time Mont Dol was surrounded by waters, just as his brother Mount Saint Michael ?

If you don’t have a car, and if you are in Mount Saint Michael, be curious and go to the dam of Couesnon river. It is also a very nice spot, very quiet, away from the hustle and bustle of the crowds (you can hear the birds singing !). You will learn more about how the dam works in the rythm of the tides and why it is so important for the safeguard of the landscape quality. 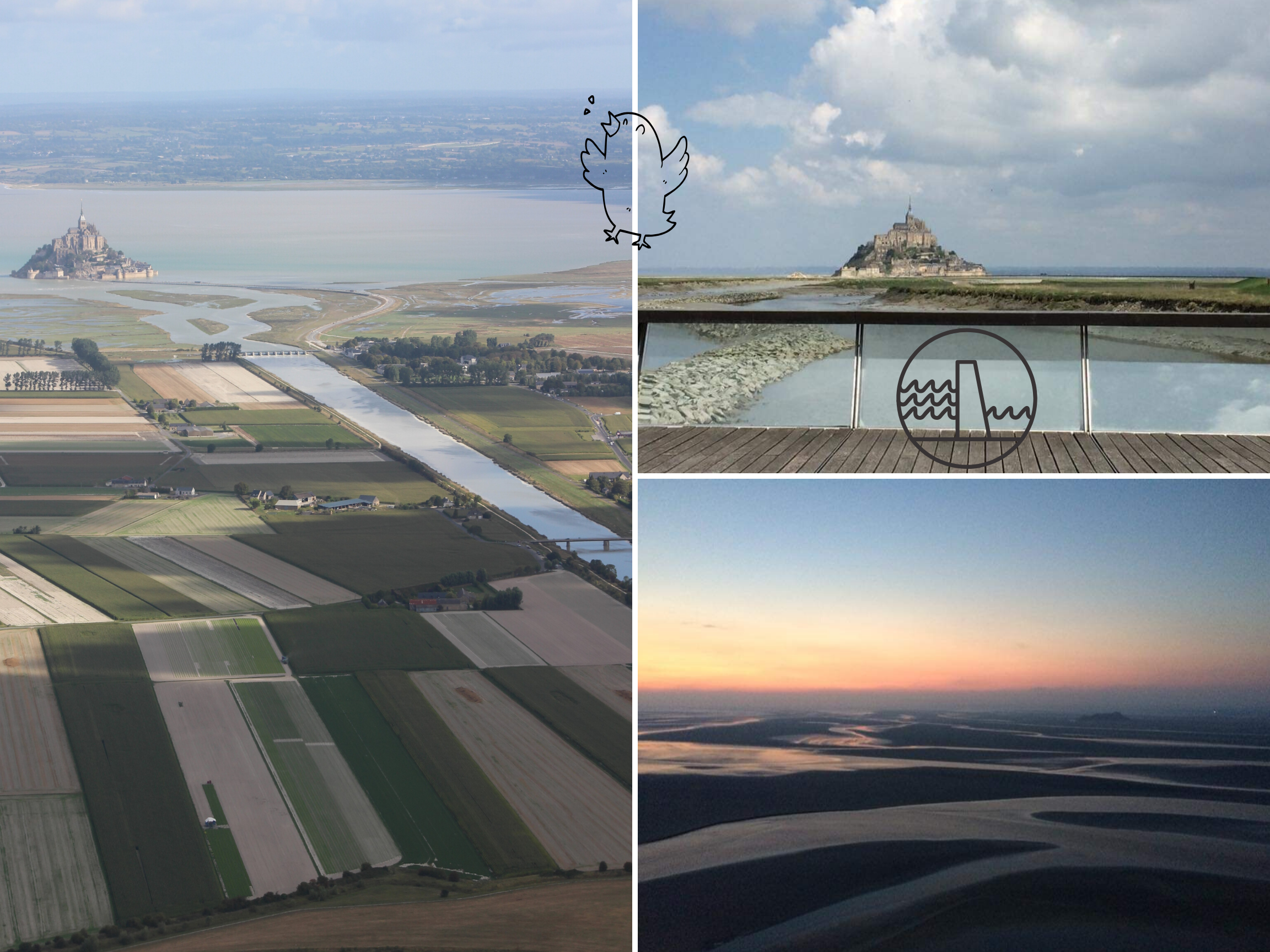 How to make the most of high tide ?

Now you just want to pack your stuff and go to the discovery of the Bay ? Last but not least things you have to know. There are some dangers in the Bay of Mount Saint Michael, as we have already explained in this article. 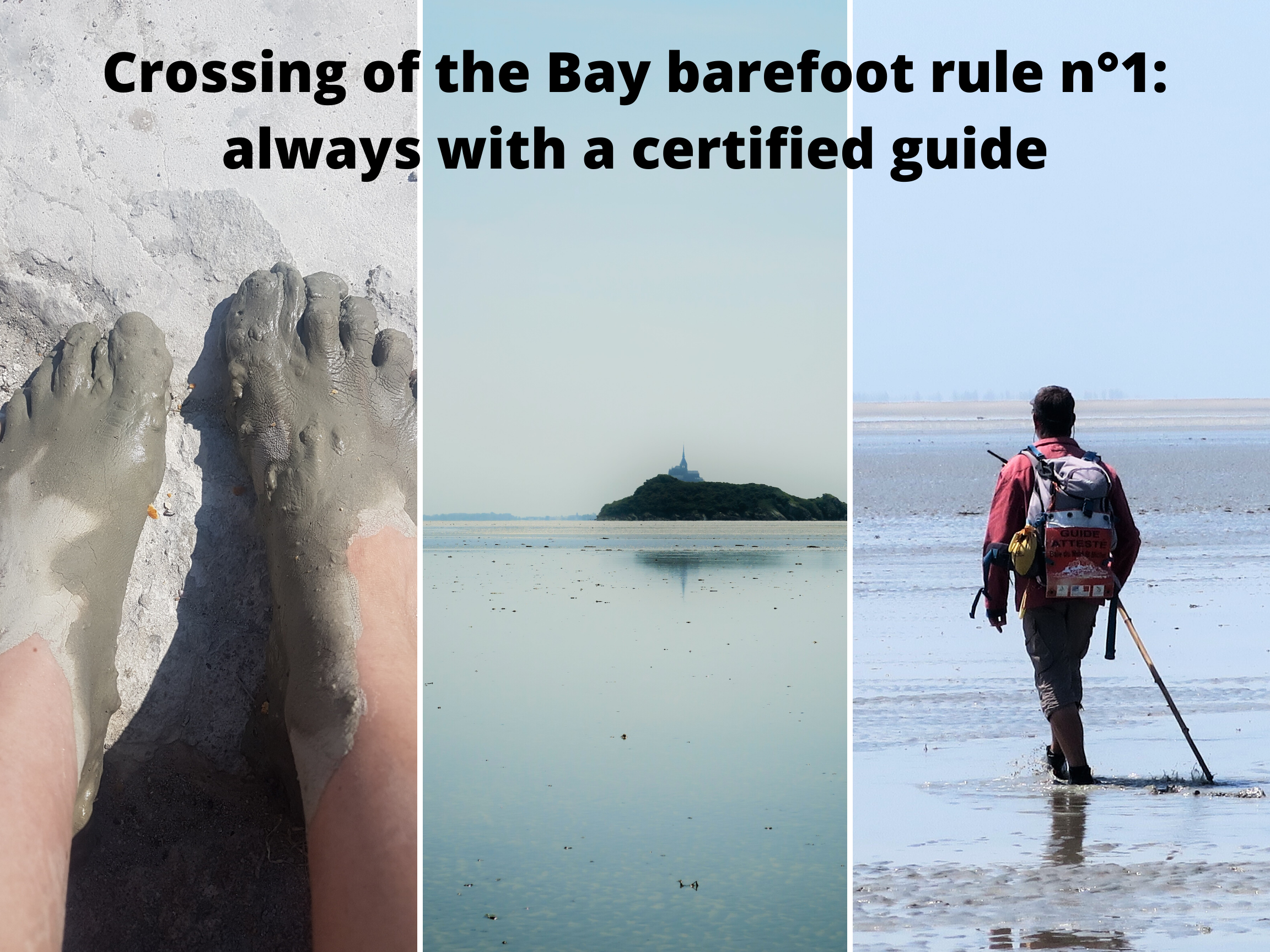 The rising tide has more strenght than the falling tide. So, for example, if you are stuck in moving sands you can get surprised and drown. Indeed, Mont Saint-Michel Bay could be very dangerous if you are by yourself. Each year, the Bay traps people, so do not end up like this sheep !

To plan your trip, just know that from a coefficient of 90, the tide can reach the Mount. Below that coefficient, you will only see the sea from far.

If you do not have a car, but you really want to see Mount Saint Michael by night (whether there is high tide or not), it is possible from our hostel. Although, you will have to take a taxi to come back in EDD Hostel so I advise you to share the taxi, it will be less expensive. Try to anticipate and ask us to give you several taxi phone numbers for not being stuck there. You will need to take a train from Dol to Pontorson, it is only 4,80€. From Monday to Friday, the train is at 6:30pm and on Saturdays and Sundays, the train is at 6pm. Then you can take a bus to go to Mount Saint Michael, the ticket costs 3€ (timetable here).

An other solution to enjoy high tide is going to Saint-Malo in the morning, the show is also worth it. The higher tides are between 8 and 10am and there are many trains from Dol to go on time.

And because I’m a very nice person, I will give you the dates of very very high tide (don’t get drowned !) :